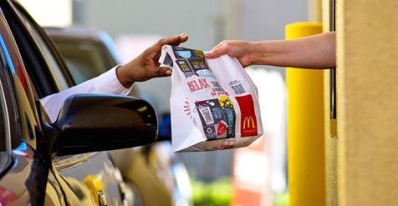 Two out of three isn’t bad. In fact, in baseball that would be a phenomenal batting average never even remotely approached. A winning season percentage? Well, it has been done in several professional sports. However, what I’m referring to are leading stories last week (see below) about franchising. Two of three were positive with growth statistics for franchising shared and the power of the franchise model defined. The other presented as somewhat of a negative perspective on family-owned franchises as being less productive than non family-owned businesses.

In any event, I’d love to see more study done on family-owned franchises and how the notion of underperformance may vary from one industry segment to another. My thought on this focuses on the potential differences between multiple generations of families that own Dunkin’ Donuts franchises as opposed to families that may own a non-food brand that may be more inclined to rely on the performance of one, two or several key staff members. I’d also like to explore the difference between single-unit and multi-unit ownership by families. Any takers to start the discussion?

“Regulations have been trimmed, taxes have been cut, and, as a result, the franchise community has continued its economic momentum. As we move into 2018, we expect lawmakers will remain steadfast in their support for a strong business environment,” said Robert Cresanti, IFA President and CEO in a statement.

The franchise industry is set for another year of major growth!

Franchise establishments are set to grow by 1.9 percent to 759,000 locations after increasing 1.6 percent in 2017, while employment will increase 3.7 percent to 8.1 million workers after growing 3.1 percent in 2017. The gross domestic product of the sector is forecast to increase by 6.1 percent to $451 billion, and will contribute approximately 3 percent of U.S. GDP in nominal dollars, according to the report. Franchise business output will also increase 6.2 percent to $757 billion. The forecast follows a year of slower growth in 2017, mirroring trends seen the year prior in terms of employment and output. Read more.

A new study that involved a Ball State University researcher found family-owned franchisees post 6.7 percent lower sales per employee than other franchise owners of restaurants and other chain businesses. “It boils down to the fact that often, family-owned franchises have different objectives as compared to their counterparts,” said Srikant Devaraj, a researcher with Ball State’s Center for Business and Economic Research. Read more.

Will franchise leaders embrace a new future state of franchising?

A relatively misunderstood business model, with a paucity of academic support, franchising is on the precipice of history.  Defined by the Federal Trade Commission as an ongoing commercial relationship that includes a license to a brand, payment of a modest fee and the existence of significant control or support, the average consumer knows it as Subway, McDonald’s or Anytime Fitness.  In layman terms, a chain of businesses that share a common brand and a consistent customer experience owned by a local consumer.  But the traditional methodology of franchising has been supplanted by an ever-growing array of hybrid formulations that increasingly are revealing the real power of this enigmatic model. Read more.