The following article was written by Guest Author, Linda Daichendt. Linda is Founder, CEO and Managing Consultant at Strategic Growth Concepts, a consulting firm specializing in start-up, small and mid-sized businesses. She is a recognized expert with 20+ years experience in providing Marketing, Operations, HR, and Strategic planning services to start-up, small and mid-sized businesses. Linda can be contacted at linda@strategicgrowthconcepts.com and the company website at www.strategicgrowthconcepts.com.

Given the precarious state of today’s economy, franchise organizations are on ‘high alert’ for new ways of increasing their franchise development capabilities and helping their franchisees to increase revenues. While recent technology advances provide a variety of methodologies that can be useful in achieving these goals, there is one that has only recently come to the forefront of marketer’s awareness – Mobile Marketing. While you may not yet have heard a lot about it, be assured that in the very near future, you will need to know as much about it as you previously needed to know about direct mail, telemarketing, radio or TV.

Consider the cell phone and its capabilities if you will: recent studies indicate that there are currently more than 272 million mobile phone users in the U.S. (89% of the total population); of those phones, 99% are text capable and 57% of those mobile subscribers use texting on a regular basis; 15% of active mobile phones have the ability to utilize mobile web applications and 44 million people regularly access the mobile web from their cell phones; and over 84% of cell phone owners won’t leave home without the device. These statistics lend legitimacy to the school of thought that indicates that Mobile Marketing is likely to become a substantial portion of corporate marketing budget expenditures within the next few years. 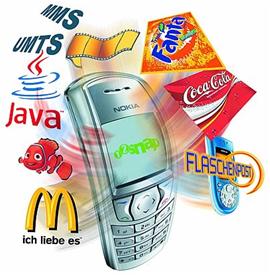 Given that, marketers will likely be intrigued by the following facts about Mobile Marketing derived from recent studies: over 80% of consumers respond to SMS messages within 1 hour; 23% of SMS campaign messages are forwarded and become viral; and the messages sent via mobile are actionable and trackable thru specific consumer replies.

I recently gave a presentation to a group of franchisors and franchisees on the topic of Mobile Marketing for franchises, and how its use can aid franchise growth and profitability. I was very pleased by the group’s positive response and interest in the topic, and the many excellent questions that were posed by the event attendees. Given the high level of interest by that group, I thought blog readers from the franchising industry might have an interest in the topic as well. Therefore, I wanted to share some basic Mobile Marketing information, as well as provide several ideas for how it can be utilized in a franchising environment.

First, let’s review what it is. Mobile Marketing is a simple to use, targeted and measurable method of reaching consumers anywhere, anytime via their mobile phones. There are a variety of methods of Mobile Marketing, among them are:

• SMS (short message service)
o Also known as ‘texting’
• MMS (multi-media message service)
o Messages that contain multi-media objects such as images, video and audio
• Mobile Web
o Browser-based web services such as the World Wide Web using a mobile device
• Bluetooth (short-range wireless technology; up to approx. 33 ft)
o Also known as proximity marketing
o The localized wireless distribution of advertising content associated with a particular place. In other words, if you have a cell phone in the proximity of a marketing broadcast, you would be able to receive a message or advertisement
• Location-Based Marketing
o Delivers multi-media directly to the user of a mobile device dependent upon their location via GPS technology
• QR Codes (quick-response barcodes)
o Two-dimensional barcode
• Voice

Next, let’s review several ways in which franchise organizations can utilize Mobile Marketing; these ideas include:

• a franchisor can communicate with all franchisees in their organization at one time via text message to remind them about an upcoming deadline or special event, insuring a timely and consistent message delivery
• a fitness club franchise can post class schedules or let potential customers sign up for an initial free visit on their mobile device
• a restaurant franchise can post seasonal menus or send coupons to their customer database
• a plumbing franchise can list rates and emergency numbers for consumer referral
• a franchisor can send voice messages to a group of prospective franchisees taking part in the franchise development process all at once; the franchisor can insure that all receive the same accurate version of the message, and they can save payroll costs because it takes only moments to have the message sent once instead of hours for personnel to make the calls directly
• many, many other ways that will drive business growth thru franchise development and/or increased consumer demand

Mobile Marketing is extremely cost-effective and results in very satisfactory ROI; with a typical ROI of 10 – 12% and returns as high as 30% reported on some campaigns. According to Nielsen Mobile, half of all U.S. mobile data users, or 28 million people, who recall seeing mobile advertising in the previous 30 days say they responded to a mobile ad.

The following article was recently published in the International Franchise Association publication, Franchising World. The article addresses future franchise growth as potentially being affected by several bills expected to be considered by Congress. If the bills become law, the negative effects could be dramatic.

This growth, however, could be threatened by a “perfect storm” of three separate organized-labor-related bills expected to be considered by Congress. If enacted into law, these measures could derail the franchising industry’s ability to provide jobs and boost economic output to their local communities. The eye of this coming storm is aimed squarely at multi-unit restaurant owners.

The Employee Free Choice Act, known as “Card Check;” the Healthy Families Act; and the Re-Empowerment of Skilled and Professional Employees and Construction Tradesworkers Act, called “RESPECT” by its proponents, all sound harmless enough. However, despite the use of words like “choice,” “healthy” and “respect,” these bills, if passed, could result in the largest expansion of government interference into the free enterprise system since the New Deal.

Card Check would eliminate secret-ballot elections and require only signatures on cards to organize any segment of workers in a business, even in just one store. This means that you could walk into one of your stores on a Monday morning to find that a simple majority of your clerks had signed union cards over the weekend. Congratulations! You are now bound to a union such as the International Brotherhood of Teamsters and you only have a few weeks to negotiate a contract before a government bureaucrat imposes one.

The Healthy Families Act would require employers with as few as 15 employees to provide seven days of leave—with pay—annually to all full-time employees and a pro-rated amount of leave to part-time employees. Employees could take the leave in increments as small as six minutes with no notice and no documentation, and workers would be entitled to the leave almost immediately. Employees would be allowed to report to work an hour late in 56 different instances or be 15 minutes late for 224 days. In many cases, employees could do so without any notice, and the employer could not discipline the employee or require documentation. If this is enacted, you would either have to hire additional employees to be sure your shifts are always covered or not be able to service your customers’ needs adequately.

The RESPECT Act would change the statutory definition of “supervisor,” effectively making your managers and staff, who you rely on to manage your daily operations, members of a union. Your managers or supervisors would become part of a bargaining unit potentially making staffing decisions based on union membership rather than merit, ability or your established staffing policies.

IFA certainly supports an employee’s right to unionize and to be treated fairly and equitably, but these laws would jeopardize the basic tenets of franchising—being able to establish uniform processes and operations throughout systems. And if you own multiple units, you could very easily be affected differently from unit-to-unit, wreaking havoc on your company.

The likelihood of these laws being passed is high. To defeat their passage or make them less onerous, the franchising industry—franchisors and franchisees together—must work harder than ever to ensure that lawmakers in Congress understand the severe consequences on small businesses.

We are actively developing educational programs and other member services to better meet the needs of multi-unit operator-members of IFA in all franchising sectors. And our new Franchise Congress will be designed to step up our grassroots efforts by providing the tools and information needed to get all members more engaged politically.

It is more important than ever to have single and multi-unit franchisees involved in IFA to help defeat laws that restrict the virtues of the franchise model. As the old adage says, “there is strength in numbers.” That’s the key to success for all in franchising.

This article is based upon a recent discussion in a LinkedIn franchise group. The original discussion posted the question, “What kind of discounts or concessions are required now to get a franchisee candidate to move forward?” and generated many responses and different views. The following is my response when my view about getting back to basics was preceived to be fine during “normal” times as opposed to during more difficult times, such as the present. A subsequent response from another franchise professional implied there are too many franchisors. I’ve addressed that as well.

Although it’s certainly easier to accomplish franchise growth during “normal” times, the basics need to be in place even more so during tough times. That’s not to say we don’t need to think and act outside-the-box to make something happen. It just means we need to be extra prudent and diligent in our actions and not use the economy as an excuse for poor execution of skills.

If we are to offer discounts and concessions in awarding franchises we need to be extremely careful we don’t oversell or create the perception of desperation. By doing so, we’ll either lose the deal or create a situation whereby the franchisee will not have respect for the franchise system and feel if one or two concessions were made initially, why not more moving forward? And then, there’s the perspective of franchisees already in the system that paid full amounts without concessions. What’s in it for them?

Nevertheless, with reports like Franchise Update’s about poor franchise sales performance and practices, I can’t help believe franchise systems wouldn’t be in better shape if their sales basics were perfected. It has to start with the basics before changing direction or considering revisions to the program.

In any business, just like in any sport, when a slump is emminent, it’s the fundamentals that need to be worked on before anything else should be considered or entertained. Once that’s done, then it makes good business sense to consider other options. At the very least, it should be done simultaneously. If not, what’s going to be the excuse when concessions and discounts don’t work?

PS – Saying there are too many franchisors is akin to saying there are too many businesses of the same kind. What happened to free enterprise and entrepreneurship? Maybe, franchising could be better served by more regulation, licensing and policing, to weed out the weaker (for whatever reason) franchisors and make it more difficult to become a franchisor. Unfortunately, I don’t see that happening because the “big boys” of franchising will squash those efforts in a New York minute. I look forward to debating this topic in a different discussion or forum.