In the recent article, Enter the Fourth Horsemen, published in the April 2009 issue of Franchise Times, Mark Siebert, Chief Executive Officer of the iFranchise Group identified Social Media as the next internet [franchise] lead generation site. In the article, Mark wrote, “The problem is that far too many franchisors view social media like guerilla marketing on steroids – easy opportunities for free publicity that can drive leads. But marketing on social media is neither free nor easy – and the shear number of people using the social media will not dictate the size of the opportunity.”

Let’s see what else has been written about Social Media and Franchising. Actually, in the same issue of Franchise Times, where Mark’s article was published, Nancy Weingartner, Franchise Times Editor wrote about it in her article, Citizen Marketing. At the end of the article, was a text block with the title, “The Top Five Social Media Mistakes” from Nick Powills of No Limit Media Consulting. The mistakes, clearly with franchising in mind, but applicable to other business segments as well, were identified as follows:

1. Not changing your franchise agreement to cover social media. Just like franchisors took control of their Web sites a decade or so ago, now they need to control what’s being said about the brand in social networking sites. In addition, start now to secure your company’s name in conjunction with YouTube, etc., just like you did URLs just a few years ago.

4. Overpaying to outsource this service. Since it’s still fairly new, it’s hard to quantify how much a lead from social media actually is worth. Are you looking for franchisees or long-term customers? Do your due diligence – sound familiar?

5. Thinking Facebook, etc., are just for kids. Facebook may have started as networking for younger people, but take a look at who’s on it now. Some of the original kids’ grandparents are living their lives on their Facebook pages. Powills describes it as “LinkedIn on speed.”

So, does all this have your head spinning yet? Well, it should unless you take the journey of Franchise Development via Social Media one step at a time. You see, the real beauty of social media is the ability to start slow and progress at your own pace. And, there’s opportunity to learn each step of the way. Unlike developing website content, where a mistake glares at you and is difficult to correct, a mistake or error in social media is relatively easy to correct, and usually provides enough time to make the correction. Okay, enough of that but I just wanted to put your minds at ease in case you’re phobic about new technology, and new methods and processes. As for the top five social media mistakes listed above, please keep those in mind and use it as a reference as you progress on the journey of Franchise Development via Social Media.

So, the first step is to establish objectives in what you’re attemting to achieve by venturing into social media. The common reason I hear from franchisors is their desire to generate leads so they have candidates in the franchise sales pipeline. Actually, the main goal is to increase franchise sales so let’s call it what it is. Let’s take it a step further and identify the primary goal and objective as “generating qualified franchise leads that ultimately will lead to franchise sales and at a level that makes the social media effort worthwhile.”

The next step, will find you exploring various social networks and establishing company pages and profiles. Remember, you’re not networking yet. You’re just working on developing your social media infrastructure. Establishing company pages and profiles are key elements to the overall strategy because one of these sites will ultimately be your concept’s “virtual party room.” This party room, or “meeting place” or “landing page”, as I’ve referred to it in the past (“meeting place” is not exciting and “landing page” is too technical), is the place where all your social media efforts will culminate and turn an interested party into a franchise candidate. (For another perspective, may I refer you to another article on this site “Franchise Sales & Space Mountain: An Odd Comparison?”) 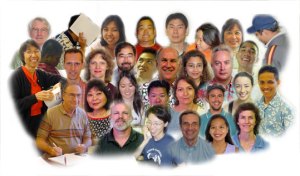 It’s in this virtual party room that you’ll encourage attendance and participation by interested parties, franchisees, franchisee personnel, franchise customers, franchise company executives and personnel, and the concept’s vendors and suppliers. The goal is to establish a party where conversations about the concept, and its products and services, are happening all over the place. For instance, a discussion is started by a franchise candidate and is addressed by corporate personnel. A question is posted by a franchisee and several answers are submitted by various individuals. A video by the CEO is posted and is viewed and commented on by various individuals with different interests in the group and concept providing distinct perspectives. Positive comments (testimonials) are posted by customers. There are a hundred, two hundred, four hundred or more members of the group. There’s an information section listing the concept’s website, blogsite and other pertinent links. There may even be a media section with recent press releases or news stories about the concept and the franchisees.

Imagine now, directing your qualified franchise candidates, one at a time, to this party room. Picture it in-person as opposed to virtual and think about the conversations, the buzz in the room, and the excitement generated. The same is true in this virtual party room. Except, the virtual party continues to grow and grow over time and franchise candidates can visit over and over again, interacting with group members, developing key relationships and sharing information. All key components towards making an informed decision about your franchise concept. Mind you, we’ve jumped ahead and explored what the party would look like down the road a bit. But for now, we’re just establishing the place to hold the party.

The next step is to locate where the ideal franchise candidates are congregating online. For example purposes, let’s identify your ideal franchise candidate as female, with mid to upper level management experience within the financial services industry, and with school-age children. Now, let’s assume a few things. Individuals meeting this criteria may be re-entering the workforce after five or six years as a stay-at-home Mom. She may be exploring entrepreneurship as opposed to working in Corporate America once again. By virtue of her mid to upper level management experience it’s most likely safe to assume this indiviudal is well-educated and may have an advanced degree. Using these assumptions and criteria let’s find your ideal franchise candidates. 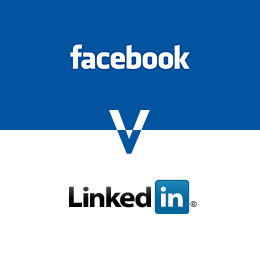 Using LinkedIn or Facebook, you can explore various groups consisting of executives and relating to the financial services industry. You can also explore groups that pertain to startups, entrepreneurship and small busines ownership. Now, you will join a few of these groups and monitor the discussion groups. Again, you’re not networking yet but you are starting to participate in discussions, answering general questions, getting a feel for the “land” and exposing the group to small busines ownership, entrepreneurship and finally, to your concept. Once, members in the group start to request to connect, that’s when the actual networking begins. This is key. The networking only starts when individuals request to connect with you or your company, not the other way around by you asking them.

As you connect with individuals, you have access to their profile which includes work experience, level of expertise, recommendations, education, hobbies, etc. This host of information will provide you with the missing pieces to the ideal franchise candidate profile. It will also provide you a snapshot of other groups they’re involved in and may even include other social networks. If not, a Google search provides a wealth of additional information that can be explored. (When you have an opportunity, perform a Google search of Paul Segreto and you’ll see 10-12 pages of search results with 8-10 results on each page – you’ll be able to determine how I spend my time, who I’m working with and where I’m involved)

Over a short period of time, you’ll start referring individuals to your virtual party, asking them to invite their connections and so on. Simultaneously, you’ll introduce these individuals to your website and ask them to follow you on Twitter because you’ll already have established a Twitter ID. They’ll see how you promote other people on Twitter interact with you and will be exposed to how you promote yourself and your concept in that social network. At some point, you’ll have established a blog and will be referring individuals to your blogsite, and be able to track their interest and activity.

You’ve now built this multi-level web of social media activity that connects from one point to the other, backtracks to other relevant points and eventually winds up at the party. While enroute to the party, you’re learning a great deal about these people individually and they’re learning a great deal about your concept. As all this is occurring, you’re also increasing your concept’s search engine optimization but that is another story for another day. But it is an added benefit.

Tomorrow we’ll discuss interacting with the individuals within the virtual party and explore various methods of generating further interest in your concept while basically just “holding hands.”

I encourage you to leave any and all comments and questions below. I will respond accordingly prior to posting tomorrow’s segment in this four part series that is scheduled to run through Thursday.

One thought on “Establishing the “Virtual Party Room””