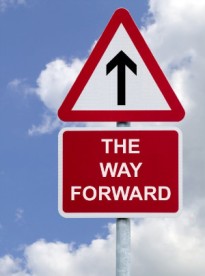 Well, I am happy to say that I have been in touch with AMEX as one of their VPs contacted me directly and apologized for their exclusion of franchising. They just missed the boat on franchising being an integral part of small business. They never even considered franchisees as Moms and Pops investing their money in a small business of their own. All their thoughts were focused on the giants of franchising and not the smaller franchises. Although, I did communicate that even the McDonalds franchisees are small business owners themselves. The long and the short is that AMEX knows they committed a huge blunder in excluding franchising.

Rosa Alfonso, the AMEX VP that contacted me directly, wants to set up a conference call next week with several other AMEX VPs to start down the road of getting franchising involved in next year’s Small Business Saturday. I am so excited they took notice and are willing to do something about it.

As much as I would love to be front and center on this, I recognize that it should not be without the IFA. This is about franchising being recognized as an essential component to America’s economic recovery, as IFA President, Steve Caldeira has promoted since leading the IFA. It’s about continuing to educate, not only the masses, but even the giants of business like American Express. I’m sure Steve and his staff could think of many ways this can further benefit franchising.

To that end, I have reached out to Steve Caldeira and will defer to him and the IFA staff in moving forward. Of course, I look forward to being involved as I am passionate about franchising!