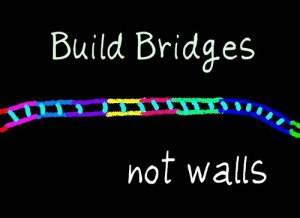 Businesses are under pressure to crack the social media code. There’s all those tools and platforms to harness, and all those best practices to adopt. Staying on top of it is exhausting. Staying ahead of it is almost impossible.

This was the lead-in to an interesting interview I recently read with Facebook’s, Paul Adams, Global Brand Experience Manager. Adams explains how a simple commitment to value can unravel the complications of social media. He says the key is to understand and serve basic human behavior.

Will we get to a point where “social media” is not an online thing, but a bridge between the digital and real worlds?

Paul Adams: “I think we’re already seeing it happening. We see Facebook, Twitter and Google Maps stickers on business windows all over town. I do think this is where it’s headed. As I mentioned earlier, social media should be like electricity. It’s there, powering everything, but we don’t really think about it.

Our phone, or whatever we carry around with us, will probably be our primary source and producer of social media data, so it’s important that when we use it, we’re not burdened by its place in the ecosystem — for example, by seeing constant privacy controls or too many invasive alerts.

Fundamentally, the phone collects a number of datasets that other devices don’t. It knows who we communicate with the most, who we care about the most — because it knows who we call and text most often — and it also knows where we are, where we’ve been, and probably where we’re going. And in the near future, it will know the things we buy.

Mobile is going to be a very disruptive space, and I’m not sure how it will evolve. Rather than try and predict which technologies will be dominant, I think the safer bet for businesses is to understand how these technologies will support human behavior and how they will help people do things they are struggling to do today.”

I don’t know why, but I immediately thought of the great Simon & Garfunkel song, Bridge Over Troubled Waters.

*This post was originally published on this site March 2011.