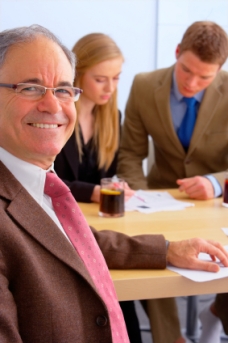 This question was discussed on Linkedin approximately a year and a half ago and there were some interesting responses. However, the further we drift from the onslaught of transitioning executives caused by the 2008-2012 economic downturn, maybe we should now pose a different question… How have franchisors fared since awarding focusing on transitioning executives?

We often look at franchise success as up to the franchisor, i.e. it’s the franchisor’s job to be sure franchisees succeed. But of course, we know that not all franchisees, including transitioning executives, are created equal. Some are better than others! People in transition may, in fact, not make very good decisions – maybe they may panic and jump into a franchise too quickly and they don’t do all the homework that’s necessary or possibly don’t ask all the right questions. Some actually have limited skill set to their former job.

It really doesn’t matter whether a candidate is a transitioning executive or an immigrant national or even a mom exploring business ownership instead of returning to the workforce. What matters is how well prepared a candidate is for franchising (and business ownership) and whether or not the candidate is a right-fit for a particular franchise, and the franchise for him or her. Because we also know that all candidates are not created equal. Nor are franchisors! It’s all the more reason to identify and develop ideal candidate profiles, and keep in mind, there may be several.