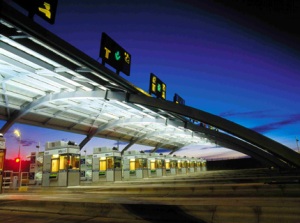 Could the the flow of traffic on the internet frequently slow down or come to a stop like traffic on I-95 during rush hour? Will the internet continue to be a free digital highway or will it turn into a turnpike of sorts, complete with tolls and speed limits? What’s next, internet troopers giving out speeding tickets? To learn more I suggest you read the following article and keep an eye on the mighty Federal Trade Commission Board, consisting of only five people, that is the ultimate decision-maker. However, I cringe at the thought that just three decision-makers (majority vote) can control the future of internet traffic. God, I hope they value the internet as much as I do…

When a federal appeals court in Washington ruled last month that the Federal Communications Commission lacked the authority to regulate Internet networks, many operators thought at first it was great news.

The networks could continue to grow in size, flexibility and applications as fast as they had the past 15 years or so without government interference.

Then the networks realized the court ruling could backfire. The FCC has the option to reclassify Internet networks. The agency could declare the networks a public utility and then regulate them with rules similar to landline telephone services.

All it would take is a majority decision of the five-member FCC board.

If you care about the future of Internet speeds and accessibility, then you should watch what the FCC does next.

The FCC wants to stick to a good, but ultimately harmful, goal called net neutrality. Net neutrality calls for equal access to all websites, which restricts network operators, such as AT&T Inc. and cable companies, from favoring some website traffic over others with better access.

Large-traffic websites such as Google, eBay and YouTube favor net neutrality. They pay the same low rate for Internet network access as the smallest users.

The FCC tried to stick to the net neutrality concept with a hands-off approach. The agency two years ago, however, slapped sanctions on Comcast after the cable giant slowed traffic to BitTorrent, a file-sharing site that used a vast amount of broadband capacity at the expense of other Internet users.

The federal appeals court said March 6 the FCC never gave itself the authority to issue sanctions.

Now the network operators fear the FCC will give itself the authority. They have a solid concern.

One thought on “Is The Internet Super Highway Destined to Become a Toll Road?”